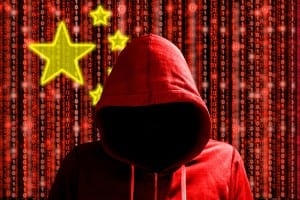 The US Federal Communications Commission has set a deadline of 3 February for comments on its designation of Huawei and ZTE as security threats.

This is a standard regulatory procedure to demonstrate the gathering of as many viewpoints and pieces of information as possible before making a decision. But as is so often the case this will probably prove to be a mere formality in the rubber-stamping process of a decision that was made some time ago.

Specifically there were two almost identical announcements made by the Public Safety and Homeland Security Bureau, in which the only variations were the names of the companies. ‘The PSHSB announces that comments in response to the initial designation of [company], its parents, affiliates, and subsidiaries as a covered company in the Protecting Against National Security Threats to the Communications Supply Chain Through FCC Programs Report and Order are due on February 3, 2020,’ opened the announcement.

It goes on to clarify that this process refers to the prohibition on spending USF money by any US operator with Huawei or ZTE. Huawei is taking the FCC to court over this prohibition so it seems to be belatedly manufacturing the impression of due process in anticipation of the matter going to court.

It’s hard to see what arguments Huawei, ZTE or any of their allies could possibly present this month that would persuade the FCC of the error of its ways. Little, if any, concrete evidence has been presented of the threat they pose to US security other than the fact that they’re Chinese and thus presumed to be obliged to assist the Chinese state in espionage when required. Huawei’s legal action will rely heavily on demonstrating the FCC is not granting it legal due process and this call for comment does little to undermine that claim.