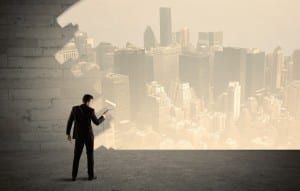 Etisalat has said it has successfully launched what it describes as the first Open Virtual Radio Access Network (Open vRAN) in the Middle-East and Africa.

In collaboration with Altiostar, NEC and Cisco, amongst others, Etisalat has launched the network allowing it to incorporate commercial off the shelf (COTS) hardware from third parties, in an attempt to reduce time to market and cost for its network deployment.

“Keeping in line with Etisalat’s strategy of ‘Driving the digital future to empower societies’, deploying the Open vRAN is vital in enabling digital transformation aimed at increasing efficiencies and the utilisation of AI,” said Saeed Al Zarouni, SVP, Mobile Network at Etisalat.

“Today’s announcement is aligned with UAE’s objectives of achieving digital transformation with the deployment of best-in-class technologies. Etisalat now plans to roll out Open vRAN across the UAE to take full advantage of all the benefits that this new technology offers.”

Etisalat currently uses Ericsson and Huawei as traditional suppliers, though these contracts could be diluted if the telco makes good on its promise to push Open vRAN throughout its network.

The purpose of Open vRAN is relatively straight forward. The initiative, first launched by Cisco at Mobile World Congress 2018, aims to build an open and modular architecture, General Purpose Processing Platforms (GPPP) and disaggregated software. It is a challenge to the network infrastructure status quo, with Open vRAN being billed as cheaper and more time-efficient thanks to the freedom to purchase equipment from wherever and whoever.

Although there are several high-profile initiatives currently gathering steam, Vodafone, MTN and Sprint are three examples, perhaps the most interesting is in Japan.

Over the course of the summer, Rakuten and NEC announced a partnership to deploy what was described as the world’s first 5G open vRAN architecture. Rakuten is in a very interesting position, as thanks to it being an entirely new MNO in the Japanese market, network deployment plans are not burdened by the heavy weight of legacy.

While few telcos have the same opportunity to develop a greenfield network in the same way as Rakuten, the Open vRAN ripples do appear to be gathering momentum.